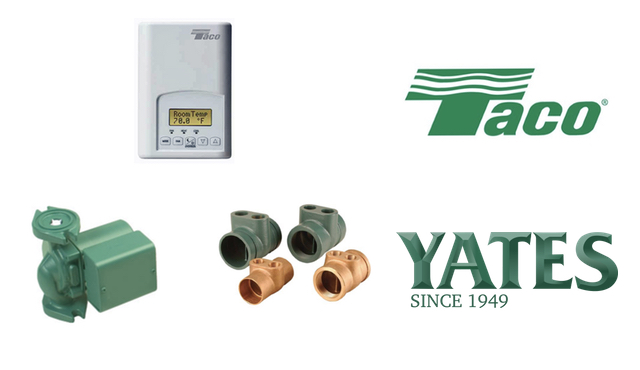 Get the Taco LoadMatch System from N.H. Yates

The Taco LoadMatch is a hydronic system that is more energy efficient and produces less waste than traditional air-cooled HVAC systems. The LoadMatch is a more energy efficient system because it uses water, which has a higher specific gravity than air. This means the hydronic LoadMatch system only requires about half the energy of a comparable air-cooled system to move the same amount of BTUs around a building. The Taco LoadMatch System also uses a much simpler design than most air systems. Rather than a complicated system of pipe fittings, insulation, control valves, and balancing valves, Taco’s LoadMatch System utilizes a single pipe design to cool even very large, industrial buildings. 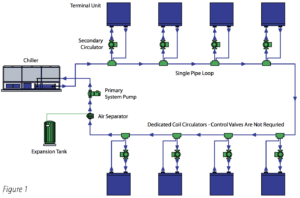 The LoadMatch hydronic system is a combination of two old concepts merged with a new technology. The two old concepts are single pipe distribution and primary-secondary pumping. A primary distribution system is a single loop, while the secondary distribution system is a decoupled secondary piping loop for each terminal unit in the system. The new technology comes in the form of Taco’s maintenance-free wet rotor circulators which provide a specified flow to each terminal unit in the system loop at all times.

Key Component of the LoadMatch System

The Taco LoadMatch  has several unique components that make up this efficient hydronic system: 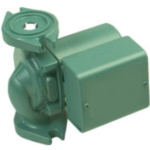 The LoadMatch Series Circulators were designed for quiet and efficient operation. This unit’s patented design is easily serviceable without removing the entire unit from the piping system. In fact, all LoadMatch Circulators use a unique “00” replaceable cartridge which contains all of the moving parts so you can easily repair the unit without losing functionality. 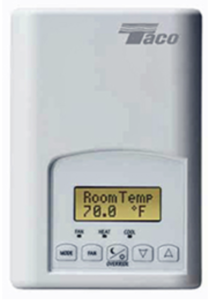 Taco LoadMatch Thermostats give users exceptional control of the heat pump of fan coil of your LoadMatch system. The all-in-one control can be preprogrammed to suit individual LoadMatch applications with little, or, no additional configuration necessary. In addition, there are LoadMatch Thermostats compatible with BACnet, Echelon-Lontalk while non-communicating versions can be used with virtually any system.

At N.H. Yates, we know water. If you are a contractor or engineer interested in more information on the Taco LoadMatch System contact a water professional at Yates today!